Inboard VS Outboard Motors: Which is Best for Your Boat? 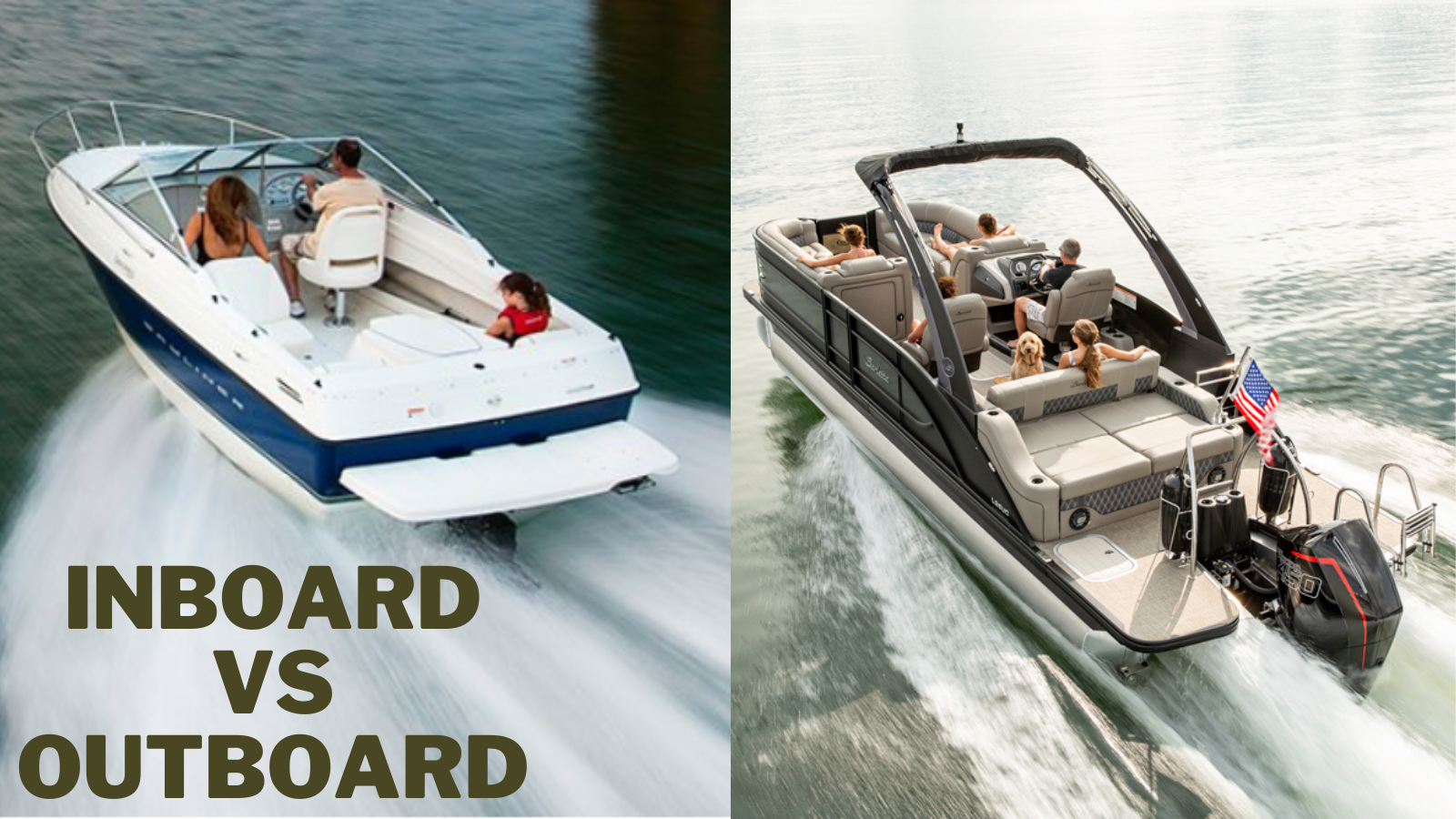 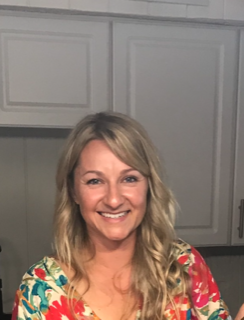 If you’re shopping for a new boat, whether you’re in the early stages of searching the internet, or you’re ready to pull the trigger, you might have questions when it comes to the engine.

Depending on what type of boat you’re shopping for, you might have noticed that there are three main engine types to choose from.  How will you decide?  Do you know what’s best for your boat?  How will this choice impact your day on the water?

I’m going to explain the three different engine types you will encounter to shed some light on what separates them.  Let’s talk about outboards, inboards, and I/OSs (inboard/outboards).

As we jump into comparing these engine types, it’s important to know a few facts behind the application of each.  You will find that certain boat types only utilize one or the other.

First let me say that inboards and I/Os, are very similar.  You could say they’re brothers as they are the same type of engine, the only difference is where the propeller is affixed to the boat.  Now that I’ve made that distinction, let’s compare inboard engines to outboard engines.

For instance, the region in which you boat can impact how the dealer orders their inventory and which engines they select.  You might find a fiberglass speed boat with an inboard in the Midwest, but the same boat might have an outboard in the southeast due to the impacts of saltwater.

If you’re shopping for a pontoon boat, 99% of that market utilizes outboard engines only.  There is a small number of inboard pontoon boats on the market but it’s not the popular engine choice for this type of boat.

Just the same, you will find that all towboats have inboard engines.  This application makes the most sense for this type of boat and you won’t have the option to change it out for an outboard motor.

Some boats, like deck boats, will offer the option to add different types of engines and you have to choose which is best for you.

I wanted to explain this because you won’t have to make this choice for all boat types that are on the market.  Some manufacturers will force the engine type based on how the boat is built and what it’s used for.

Differences Between Inboards and I/Os

As I mentioned, the engine is the same between inboards and I/Os.  This is essentially a car engine and both sit down inside of the boat under an enclosure.

Where the propeller sits in relation to the engine is the main difference in these two options.  The propeller for an inboard is tucked underneath the boat whereas the prop for an I/O sticks off of the stern, fully submerged underwater.

An I/O, or stern drive, is not common on boats that are used for watersports because of where the propeller sits.  The advantage to an I/O over an inboard is the ability to trim the propeller.  To trim an engine means to lift it in and out of the water using controls at the helm.

There are two types of inboards, a v-drive and a direct drive.  A direct drive engine is located in the center of the boat.  This is typically found in ski boats and offers lots of torque and the perfect weight balance for skiing.

A v-drive engine is located in the stern and is typically found in today’s wake surfing boats.  With both a v-drive and direct drive, the prop is in the same spot underneath the hull.

Position of the Engine

Now let’s dig into the main differences between inboards and outboards.  The placement of the engine depends on which type you choose.  Where the engine is located is a major difference between an inboard and an outboard motor.

Outboards are positioned up out of the water (hence the name) and take up space off of the stern.  About 90% of the engine itself is always above water.

The lower unit and propeller are the only parts that become submerged when the trim is in the downward position.  That said, an outboard engine is always visible and will not allow you to enter or exit from the middle of the aft deck.

This positioning can become a hindrance for things such as wake surfing or entering and exiting the water.  That’s because the propeller is more invasive and can be dangerous if you are close to the engine while the boat is running.

As I mentioned above, an inboard motor is located inside of the boat and is covered by an enclosure or a bench-style seat or lounge.

The positioning of an inboard allows the propeller to be tucked up underneath the boat making it less invasive and safer for entering and exiting the boat.  They also produce a larger wake than outboards.  Both favorable attributes for serious watersports enthusiasts.

Where the inboard sits inside of the boat will take away from space onboard, whereas outboards take up no room inside the boat.  This can have an impact if you’re looking to maximize the space for your crew or storage needs.

Where these two types of engines are placed on the boat is the biggest factor in what separates them.  There are a few more distinctions that might help you make a decision between one or the other.

In today’s boat market, engine manufacturers have evolved both inboards and outboards to reach performance levels never seen before.

For instance, you could argue that today’s outboard engine is quieter than an inboard.  That wasn’t always the case in past years when all outboards were 2-stroke engines.  This changed with the introduction of 4-stroke engines which most manufacturers use today.

Outboard manufacturers have also begun offering high powered options.  The range of horsepower runs from 9.9HP all the way up to 600HP.  Depending on the boat and engine combo, you now have the capability to run a pontoon at 50 plus miles an hour if you want.

There are even options to put multiple outboard engines on one boat.  I’ve seen deep-sea center console boats with five outboards on the back.  Just the same, more and more pontoon manufacturers are offering dual engine floorplans.  Speed is no longer an issue with an outboard.

Inboards have always offered high powered options, that’s why you often see them in towboats, speed boats, and other vessels used for cruising fast and/or watersports.

That being said, it’s hard to put the same horsepower for each engine type up against one another and expect the same outcome.  Comparing the two side by side would be like comparing a 200HP motorcycle with a 200HP car.

It’s apples to oranges because there are so many factors that contribute to the output of the engine such as the size of the boat and the capacity onboard.  You will find a big difference in how a 300HP outboard performs against a 300HP inboard.

In the same sense, the power to weight ratio is less with an inboard because it’s heavier than an outboard.  This can also impact the weight capacity you get with the boat itself as the inboard will eat up some of that space.

Something else that differs in the performance of these two engines is the ability to trim.  By trimming an outboard engine up and down, you can affect the boat’s performance while underway.  This is also helpful if you find yourself in shallow water and need to raise the engine so it doesn’t hit the bottom.

If you’re a serious boater, you know that being able to trim the engine properly can increase your speed and give you a smoother ride.  Because an inboard is located inside of the boat and the prop is affixed underneath, you cannot trim the engine up and down.   This is an advantage that outboards and I/Os have over inboards.

How to Maintain Your Pontoon’s Engine

Even if you’re planning to have your dealer’s service center handle all maintenance for your boat, you should know the difference in the upkeep for both engine types.

Outboard engines are becoming increasingly popular for many reasons, one being that they are generally lower maintenance and less time intensive when needing service.  Because of where they’re placed on the boat, they’re easy to access when troubleshooting.

Outboards also require less effort for things like yearly upkeep and winterizing.  Winterization is much less intense and you have the ability to use them in an extended season because they’re at less of a risk for freeze damage.

Wrenching on inboards is more intensive as they’re located down inside of the boat.  They also require more involved winterization techniques because a frozen, cracked engine block means a wasted engine.

How to Choose a Pontoon Motor

As I mentioned before, the type of boat or the region you live in may already determine what your local dealer stocks as far as engine types go.  That said, it’s good to be informed so that you know what you’re getting out of either choice.

Knowing the differences is important before you buy but also for your ownership experience.  Your dealer should be able to give you detailed information on what service looks like for the boat/engine combination you choose.

Either way you go, make sure to go over engine break-in periods, and if your engine has an hour limit for its initial service to clear any shakedown you may get right out of the factory.